How Much Does an Asphalt Shingle Roof vs a Metal Roof Cost? 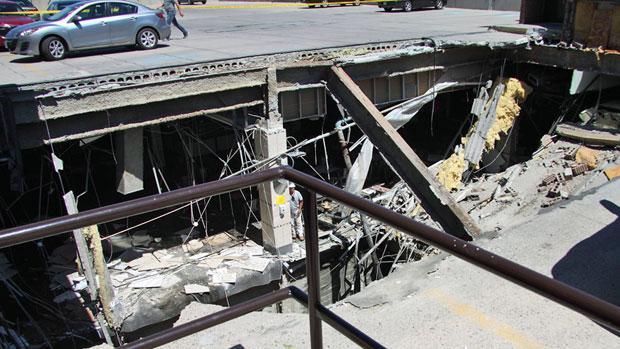 A man leans on a column next to the collapsed roof of the Algo Centre Mall in Elliot Lake, Ont. on Saturday June 23, 2012. (Paul Kazulak/THE CANADIAN PRESS)
A failure of one of the expansion joints in the Algo Centre Mall may have played a role in the Elliot Lake mall’s fatal cave-in last June. The joints were effectively the seams between three parts of the whole structure, which included the hotel, the parking garage and the shopping mall.
At the public inquiry Wednesday, Rod Caughill, an employee of the original owners who oversaw some of the mall maintenance, said the joint over the mall's escalator was replaced twice over the years because it kept tearing. 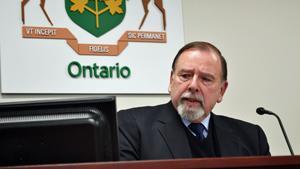 Justice Paul Belanger is head of the commission leading the inquiry into the fatal roof collapse at the Algo Centre Mall in Elliot Lake, which happened on June 23, 2012. (Yvon Theriault/Radio-Canada)The inquiry also went over several items of correspondence that detailed complaints, ongoing leaks and expensive payouts to a tenant with water-damaged goods.
In a letter dated 1981, the mall owners complained to the company in charge of waterproofing the roof. The letter pointed to an inspection done by one of the water-proofers in the ceiling above the escalator which stated a three-foot section of the steel expansion joint wasn't sticking to the concrete.
That, in turn, let water from the roof-top deck seep into one of the building’s seams.
The inquiry also heard there was more drive-through traffic on the rooftop parking lot of the Elliot Lake mall than designers ever planned for — with local traffic cutting across the parking lot area to avoid an intersection. The extra traffic led to increased vibration on the mall's concrete structure.
Mall management tried to put an end to the traffic with barriers, but there was little compliance.
Two women died when the roof caved in last year.