Can a roof ever resist a tornado? 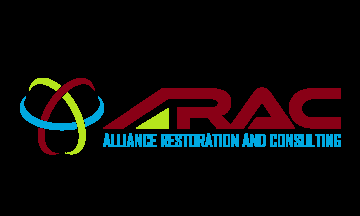 Dozens of tornadoes ripped across the Midwest on Sunday, leveling whole neighborhoods, knocking out power, rendering roads impassable and killing at least six people, according to reports. One of the strongest tornadoes, in Washington, Ill., was reported to have winds between 166 mph to 200 mph. Illinois, Ohio, Wisconsin, Michigan, Kentucky and Missouri were all impacted by this storm.

Our hearts go out to all those affected by the devastating tornadoes. Survivors of the storm said they rode it out in their basements, which are common in homes in the affected area, a fact that may have helped hold down the death toll, officials said.

In May, a monster, top-category tornado killed 24 people in Moore, Oklahoma, a part of the United States where basements are less common. Nancy Rampy, 62, said she fled to her basement when she heard the storm sirens blaring on Sunday. "It got real calm and I knew that was bad because I've been in a tornado before. And then I heard what sounded like 12 trains, just roaring down the tracks, and it just wouldn't stop. It just kept coming and coming," Rampy said. "I ran to the basement, sat in the basement with my flashlight in the dark and just prayed let it be over soon." Rampy's house was spared.

"The good news is the tornado warning system worked, so there wasn't a lot of loss of life," said U.S. Representative Aaron Schock, a Republican whose district includes Washington. "These people knew what was coming, and they were smart and took cover." Two people, an 80-year-old man and his 78-year-old sister, were killed in Washington County, Illinois, about 200 miles south of Peoria, county Coroner Mark Styninger said.

Three others were killed in Massac County, Illinois, on the Kentucky border, where a tornado devastated several neighborhoods, emergency officials said. The American Red Cross has worked with emergency management officials to set up shelters and provide assistance. In neighboring Kentucky, the storm system damaged several homes in the western part of the state, ripping shingles and gutters from roofs, scattering tree limbs and taking down power lines. But no one died and no injuries were reported, according to Kentucky Emergency Management spokesman Buddy Rogers. "We literally dodged a bullet," he said. "When you look across the river (into Illinois), there are places that are just wiped out. But we're in good shape."

The unusual late-season storms moved dangerously fast, tracking east at 60 miles per hour, with the bulk of the damage spanning about five hours, Thompson said. Remnants of the storm sent rain and wind to the northeastern United States on Monday morning. The storm knocked down power lines across the Midwest and power companies reported that some 786,600 homes and businesses were without electricity on Monday. Michigan had the largest number of outages, with Illinois, Indiana, Ohio, Missouri, West Virginia and Pennsylvania also feeling the storm's aftermath.